It has been some time now since I last posted.  One thing which has been puzzling me for a while is the business of the Royal baby. 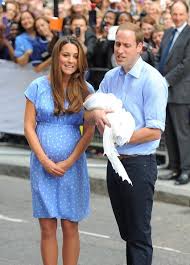 They both appear to have gained a little weight from recent experiences.

However now to more serious matters. What are we to make of the mysterious exponential growth of the CIA controlled Al Qaeda.

First question, why would a group of Muslim terrorists adopt the same name as the CIA controlled group which was used to fight the Russians in Afghanistan?

Why is the Western Media trying to convince us all that this group, which did not exist outside the confines of the CIA headquarters but was simply a list of paid mercenaries who could be made use of when necessary, are now, on the one hand still working with “us,”  in Syria, while on the other hand, in the words of Sky News, there are now, so-called “franchises” all over the map. Al Qaeda in the Maghreb, Al Qaeda in the Arabian Gulf etc. This is nonsense there is only one Al Qaeda and it is still controlled by the CIA. What we do not actually know is, who controls the CIA.

Are we to believe that the CIA, is still funding “their” Al Qaeda, while at the same time, someone else, with apparently untold riches, is financing a completely different Al Qaeda, which can apparently, when it suits, be overheard on their communication devices, planning some huge non-event, which led to the closure of US Embassies throughout the Muslim world, or as would appear obvious to even the casual observer, that both versions of Al Qaeda are doing nothing more than serving the interests of the US, which is designed to maintain the “Fear Factor.”

One thing is sure, these are not the kind of folk, which the West should continue to place in power, as they have done in Libya, claiming that it is what the people of the concerned States are asking for. These groups are controlled by the West and are being put in power to suit the West. Let us not forget that the oil wealth of Iraq is being stolen at the rate of two dollars a barrel by Western Oil Giants and shipped off through Israel to China, where these Oil Giants, have established huge refineries.

The West is now caught between a direct lie and a half truth, in their attempts to overthrow yet another maligned leader of a Middle Eastern State, without any regard for the well-being of the citizens of this State. Those, like Wild Willy Hague, have shown quite clearly that they are pitiless in their cruelty and will allow their paid scum to destroy all that is holy or sacred in Syria to achieve “their aims” not the best for the Syrian people. Should it prove necessary they will allow the  complete annihilation of the Syrian people,

One could say, that if this multi-national Al Qaeda did not exist, the West would have to invent it. No good has been done for the Muslim World by this entity, which initially provided the excuse for the declaration of the “War on Terror,” which was simply code to allow the destruction and the cohesion of the Muslims. Every act of this group has facilitated the aggressive destruction of country after country, in accordance with the plan of the Project for the New American Century.

The West’s use of blockades and other devices designed to force their will on to unwilling Governments, which prefer to retain an element of control over their own affairs, is not confined to the Muslim World, they have been doing the same thing, for more than thirty years, to the Mugabe Government in Zimbabwe, where the Government dared to take control of the patrimony of their State.

The British choice Morgan Tsvangirai, was soundly beaten in the recent Zimbabwe election, by Mugabe, which provided the opportunity, for the award-winning liar, Alex Crawford of Sky News, to discuss this latest failure of the democratic system, to produce a fair result, which of course means that the Brits are shouting foul, with the representative of the European Union. That’s right, she was discussing Democracy with the man from the “Selected” leadership of the totally non-democratic Politburo in Brussels. You simply could not make this rubbish up.

The fact that the people of Zimbabwe, appeared to be quite content with the result of the election, appeared to be some form of annoyance to the EU man, who found it to be surprising. International observers did not find much to complain of in the procedure of the election itself and the best that Crawford could come up with was a discussion with a woman who claimed that it was all a farce, simply because the name of her dead father was still on the voting list. Crawford failed to explain that exactly the same thing frequently occurs even in the UK.

However let us look again at the decision to close Western Embassies in Muslim countries. We were told that  communications between some characters with forgettable names, were intercepted by US Intelligence, at least one of these connections involved the new “Chairman” of Al Qaeda and a group of his underlings.

Now I was under the impression that all that was needed to send a smart bomb straight into the ear of anybody stupid enough to be holding a telephone, while under CIA observation, was a telephonic or other form of connection, which would provide the co-ordinations,  apparently not. In fact the CIA does not appear to be very smart at all. They can not only not send in a smart bomb, they do not apparently still have the ability to do, what they recently claimed they did, when tracking down the previous chief of Al Qaeda, Osama Bin Laden, in Pakistan, where all it took was a small lapse in the security of a mobile telephone and in came Zero Dark Thirty or whatever.

So what was really going on?  There are suggestions that it was in response to the sacrifice of US Ambassador to Libya Christopher Stevens, in Benghazi, during what I described as The October Surprise Which Became A Snuff Movie (This is a link)

Investigations into this event are ongoing in the US. Most of what I claimed has apparently been verified during the course of the enquiry. Now however other things are coming to light. It now appears that Stevens may well have been the target of the US, he was of no real importance and apparently a homo-sexual, which would add just a little more excuse for the behaviour of the men who murdered him, should it prove necessary.

The event itself now appears to have generated the necessary. pretext to launch drone attacks at will, whenever and wherever, across the Muslim World, without the need to declare war. Strangely, this is exactly what the US was after, how odd that the Benghazi affair is providing that opportunity.