Do The Elite Trillionaires Avoid Sunlight In Sarcophagi Down In The Dungeon? 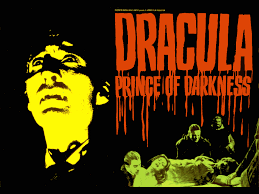 I was surprised to hear a report on Sky News, explaining in some detail, the efficacy of drinking the blood of children, as a means of reversing the ageing process. This was somewhat disconcerting, in view of the fact that several thousand very young children, are snatched from their parents, in several European countries, by Social Workers, whom provide the scantiest of excuses for doing so and these snatched children are presented as being available for adoption. The adopter is never identified and the natural parents are denied any contact ever again with their lost child.

The attendees at the rituals, which are carried out in the Bohemian Grove, are well known for their addiction to the sacrifice of babies, there is also a preponderance of paedophiles in the ranks of the Luciferian Elite, whom it would appear, trace their origins all the way back to Abraham, whom was encouraged by his god to slaughter his own son Isaac.

The mainstream media is more than ever swamped with tales of Vampires and Werewolves and Zombies all of whom would appear to be in favour of devouring the flesh of beautiful young girls.

In tandem with all of this ritualistic mayhem, we now have yet another bunch of men whom are paid to kill, in order to further the aims of Zion, whom have been let loose in Iraq.

Like their cohorts in Libya and Syria, they display a tendency towards various forms of execution, which include crucifixion and beheading, which does nothing to change a growing perception of the religion, of which they claim to be fighting in support, as a vicious, barbaric relic of another age.

In an odd way, the behaviour of these scum, will do nothing to further the aim of a new Caliphate in the Muslim world, it will however, produce the excuse to destroy what remains of Muslim independence in the region, just as they did to Gadaffi in Libya and are now attempting to do in Syria,  where the re-election of Assad by the people of Syria, has simply been dismissed by NATO and the West.

In Afghanistan, the arrangements for the invasion, which was necessary in order to familiarise the World with the Phantom Enemy, Al Qaeda and the invisible Osama Bin Laden, were worked out in advance with the Taliban, whom were an ally of the West, during the time in which the Russians had played the role of the enemy.

Despite the execution of millions of Muslims, by the forever pure and innocent West, the reality of International Muslim Terrorism has stubbornly refused to show itself. This has necessitated the growing use of False Flag events which can be blamed on the innocent victims, in the UK a series of sophisticated bombings, were blamed on four young Muslim lads, all of whom were killed in the City of London by the British.

In an interview on Sky News, Tony Blair continued the barrage of lies and deceit, of which he has made use, ever since his agreement with George Bush, to use the “False Flag” attack on 911 in New York as the excuse to declare open war on the Muslim World.

The British are perpetually in the position of blaming the victims for their own destruction. The Muslims friend George Galloway, was unable to distinguish the difference between a benevolent Dictator like Gadaffi and the malevolent Dictatorship, under which the British people have been forced to pass their lives, as little more than low paid slaves for generations.

Blair is suggesting that the destruction of Iraq, had no impact on current events, which is of course correct, should you choose to ignore the fact that the UK, amongst others, is paying the ubiquitous masked murderers whom are now carrying out the blood-letting in Iraq.

He also claims that the ISIS group in Iraq, whom have forced the Iraqi Army to retreat, came over the border from Syria, which means that Assad should have no remaining opposition, as Sky News has claimed there to be thousands of vicious thugs making up ISIS.

During his diatribe about Democracy and Freedom, he fails to mention Bahrain or Saudi Arabia, where the “Arab Spring” is still in full swing, without the intervention or assistance of the West, whom fully support the Jewish Royal Families in the region, as they do in that other Kingdom, Jordan, which it appears justifies the lack of Democracy for these poor souls.

This current crisis, is actually being used to lay a smoke-screen around the real event, which is the Jewish controlled Kurdish regime’s seizure of the oil fields in Northern Iraq, which it has already been suggested, that whatever the outcome of the current unrest, they will not be handing back.

It is also being used as a means of deliberately creating a non-existent Sunni-Shiite religious war, which will enable and justify the total destruction of Islam. That is the true aim of all of this violence, so that that Zion can take full control of the region along with its oil wealth.

Western politicians still maintain that the “Arab Spring” was a popular uprising against dictatorships, when in fact it was fully financed by the West, for the benefit of the West and for the impoverishment of the people, all of whom, in Afghanistan, Libya, Syria, Iraq, Somalia, Yemen and Palestine, have had their lives and property and freedom destroyed by Christian Soldiers, working for Zion, whom have strode across the Planet saving one and all from the very Liberty which they promise. This includes Germany, which was the last Christian Country with the Guts to take on the Hidden Evil.

The sheer number of “Terrorist Freedom Fighters” across Islam, all of whom appear to be armed to the teeth, all of whom seem to be untraceable to the technologically sophisticated Intelligence Agencies and yet their whereabouts are  apparently well-known to any youngster in search of adventure, are costing a fortune to train and arm, which would suggest the complicity of the West and that like 911 it is funded through Saudi Arabia, which is of course the home of the Wahhabi.

The Wahhabi version of the Koran suggests that it was influenced by the authors of the Talmud as it shares pretty much the same supremacist views of “true” Islam as does the racist, hate filled Talmud view its Judaism.

A Muslim scholar recently explained to me his own belief that the Wahhabi were in fact in association with the Jesuits, a sadistic group of Religious thugs, who were responsible for the Spanish Inquisition and whom are now in league with the hierarchy in the Vatican City, The City London and Washington, to impose the New World Order on to the remnants of humanity, whom survive the coming World War Three.

The Zionists, whom are a mere offshoot of the Judaic/Wahhabi/Catholic Triumvirate of major religions whom have long had control of the vast majority of the religiously inclined population of the World, will find themselves discarded like their flaky skin, when they have served their purpose.

So in effect the current coven of Global Leaders, are very little different from the nightmare creatures from the grimoires of ancient times, who had no allegiance apart from to themselves and a mad desire to gain the power to deliver pain on to the rest of humanity.

This entry was posted on June 15, 2014 by enochered. It was filed under Political Opinion and was tagged with 911, Al Qaeda, Assad, Gadaffi, Hitler, ISIS, Islam, Jesuits, NWO, Rome, Saddam Hussein, Wahhabi, Zion.